‘Bohemian Rhapsody’. Is it worth watching or not? 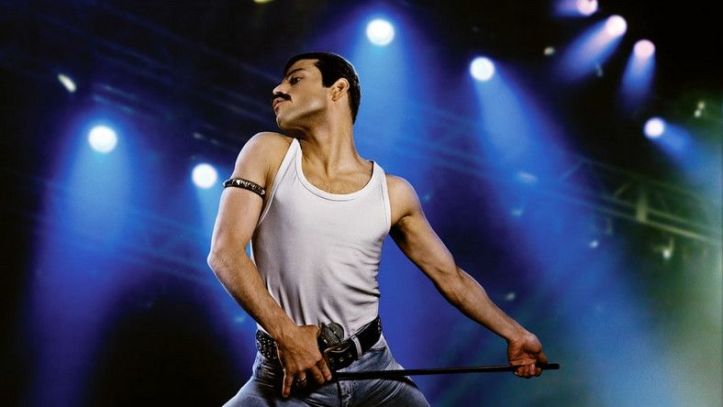 The biopic film of Freddie Mercury , starring Rami Malek is on cinemas worldwide. “Bohemian Rhapsody” received too much promo, as Freddie legacy deserves and Rami Malek is the perfect choice for that role. He really got into it and moreover he tranformed himself to a Freddie lookalike. But…

The movie itself doesn’t have the right passion and the script? Oh my Gosh, you’d think that the other 3 members of Queen were angels. Like, Freddie was the “devil” and the others were living a completely normal life. Is that so? Or the truth is better left unsaid? Of course the movie is about Freddie Mercury and his life (or to be more exact really small parts of it) but the script doesn’t fit. It’s just not right from every perspective.

When some years ago there were rumours that Sacha Baron Cohen was going to star in this biopic, i was delighted on the news as he would deliver Mercury’s life with his flamboyant style. But then he dropped out, as the rumours said, because the script was too soft. It wasn’t real and he wanted to star and tell the “good” stuff of it all.

That’s what’s really missing in the movie. The “good” stuff. Of course there are four guys forming a band, going to studios, recording, playing live etc… but the dialogs miss things, or better, some points of the movie don’t make sense.

Drugs, love life, recording sessions, friendships and some other stuff are just pictures or small parts of it, but it’s all about the music right? And of course it’s all about the Live Aid in the end, which is one of the strongest moments in Queen’s life. In the age i’m in, i remember all of it back then. And i watched the part of Queen on Live Aid DVD at least a thousand times in my life. They are awesome till this day! Yes, it is one of the greatest moment in rock history as you can tell on your own by watching the real performance below.

Rami Malek is a great actor. He’s into it! As the movie is rolling you really think you watch Freddie Mercury at some point (if you’ve seen him in so many interviews and shows as i did, trying to catch a glimpse of the legend and the things he talked about).

But maybe with a different director, maybe if the script wasn’t so tight i would give another watch. Don’t think so.

On the other hand, this biopic, through this huge promo it received the last months, it’d better put younger ages at cinemas worldwide, at least to know who Queen were, who Freddie Mercury was and learn and listen just a little bit of one of the greatest bands of all time.

This movie is made to make some young fans. To promote Queen to the younger audience. To sell (maybe) more records. And that’s good, from this point of view.

But… tell the story right! Right?