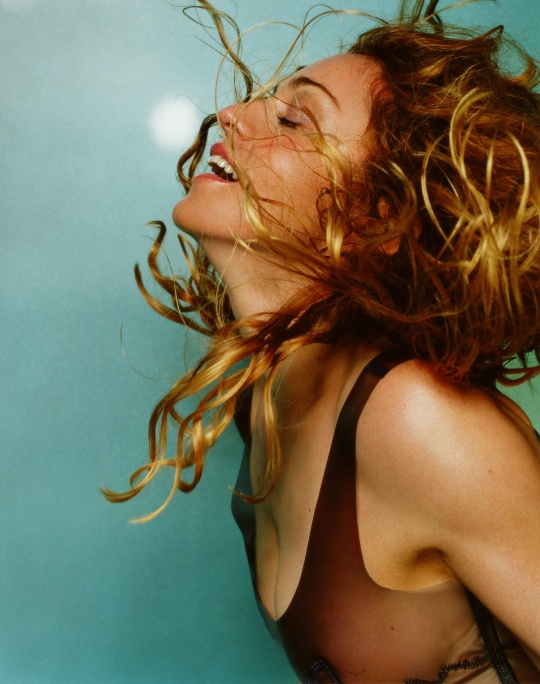 I’m at an age that i followed her entire career since 1983 but i started losing tracks somewhere in the 00s. After ‘Ray Of Light’ that was a true pioneer at the time of its’ release, Madonna has tried many different styles and most of them with the flow of music business. She knows she can sell and most of the time she sells well and has built an entrire empire that depends on the name/brand.But the world needs music, musicians, some good tunes to have fun, some to think, some to party. It would be better if she took a band and play a ‘Greatest Hits’ tour and make an awesome party while on stage with some original performances. I think that it’s enough with the fancy shows, the many pre-recorded parts, too much dancing distructs you from your own music. I know it’s all part of the show and it will keep on going to be a show as it’s American Life after all, as she already promoted so. As far as the younger ages that she tries to reach, so her name will stand in the Pop music as first, it’s already an achievement. Why not preserving it with some quality in style and music and still trying each time to promote a lifestyle that she isn’t even part of. So why teach the kids to live a kind of life like this? So, that they’ll keep spending and spending till the major corporations can’t get enough? It’s almost miserable to see a woman trying to prove something that is already been proved.

I’m not even attaching the video on this post. If you’re so interested look it up yourselves.

One thought on “Madonna new video “Bitch I’m Madonna’ is a statement of life? #NOT”