What’s next in music? 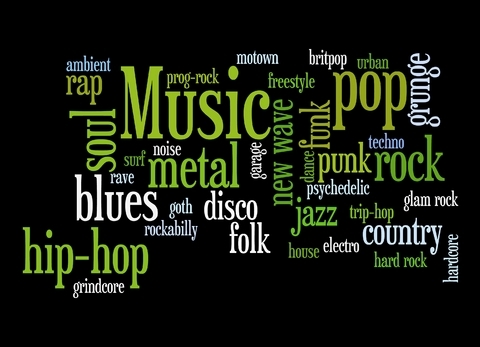 Being a radio host on a mainstream radio , playing music that people want to listen to, puts me in thoughts every time. What do they like? Which music genre is more approachable to the audience? I’ve read many articles and books the past years on how the music changes, especially when it comes to mainstream radio. Pop music , takes the feed from every music genre that exists and because of the marketing, some times rnb gets popular, house music gets popular, rock music gets popular etc.

Last year (2013) with the return of Daft Punk, Disco music became polular again (well, the marketing was amazing, with the tv ad on SNL, March 2013, the vinyl release for RAM, the ‘no-video’ promotion and Pharell at his best year to date) . Moreover you can tell from the DJs when something is about to change. Going out and listening to many DJs spinning not only classic disco hits from the 70s and the 80s, but also the ‘unknown’ ones that have a pure groove, you realize that if people on their nightlife choose to dance to disco, then they want to listen to it on the radio too, for good times sake!

This year Prince decided to make a comeback with his Funk N Roll sound, returning to Warner music (his old ‘home’) and it seems that nothing will be the same anymore. Why am i talking about Prince? Because he’s not only a musician (that comes from the 70s era) he’s a pioneer with his unique sound and a legend. Prince is here to deliver his sound or ‘something different’ that isn’t mainstream anymore. It’s called 3RDEYEGIRL and it’s a girl group (that Prince created). They are all great musicians, they choose to play live, they funk, they rock (they roll), they do everything that music is about! When this started to happen, everybody noticed it and started writing about it. Everybody wanted to listen to this new group and basically they wanted to see Prince performing again his new material and his old ones reinvented.

At this point of time, Mark Ronson and Bruno Mars have a new tune as funky as it gets (with the new album released early 2015) and this one is a ‘game changer’. Mark Ronson is the man from the younger generation that gets noticed, not only because he’s a great producer but people also love him because of his Amy Winehouse productions. Bruno Mars is a singer with a unique style and very powerful at this point, cause he is a superstar with millions of sales the last years. This collaboration (‘Uptown Funk’) is a game changer to me. It grows on you and it won’t be long for the audience to love this new/old style.

In my humble opinion, record companies that have the money and the power and lead the music business, should bring music back to the roots. And if at a point of time (no internet era), it took some years to change the popular scene, now (internet era) it takes only some months to do so. Or maybe weeks! All things around us are moving too fast , it’s an overload! But music will always speak to the heart of people. So, do it right, not only for the sake of paper (called money) but for the pleasure and the love of it.