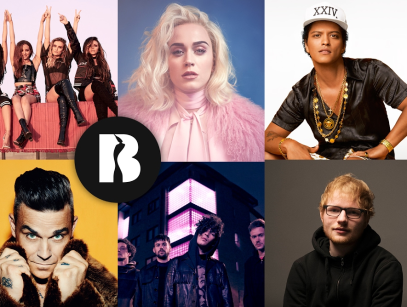 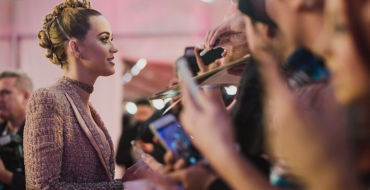 It was a glamorous night at 02 arena for the 37th Brit Awards.  Dermot O’Leary and Emma Willis presented the ceremony and it was an exciting night! Little Mix opened the show, with their No.1 hit ‘Shout Out To My Ex’, surrounded by dancers wearing  or painted in silver.

The Live performances were all awesome! It was a great show throughout the night at 02 arena, with Bruno Mars hitting the stage, performing his new single ‘That’s What I Like’. Other live acts include Emeli Sande on ‘Hurts’ (such a great vocal performance!), The 1975 with ‘The Sound’ really smashed it, with lots of messages going through our screen as if someone had taken control over the Brits!

There was also a really tearful moment where Andrew Ridgeley alongside Pepsi & Shirlie started talking about George Michael and how Wham! started their career. They delivered a wonderful speach about their friend. It became too sentimental as memories from all three came out and after that Chris Martin took the stage to perform ‘A Different Corner’. Great live performance with George Michael images and videos on the background, but also combined with his voice on the whole act. Like a piece of art, as it was supposed to be and comparing to the GRAMMYs, much better and not comparable to Adele’s performance! That was on another level.

Other live acts included Katy Perry featuting Skip Marley on their new single ‘Chained To The Rhythm’ , though there seemed to be some problems at the beggining with Katy’s in-ear. The king of Grime took over the stage after a little while, Skepta. He performed ‘Shutdown’.

A surprise happened on the stage next! It was Chainsmokers & Coldplay who played for the very first time their new single (and unexpected collaboration) ‘Something Just Like This’. I don’t know, but it could be a future top 5 hit! Maybe a #No1!

But one of the definite hightlights of the night was Ed Sheeran. He started singing ‘Castle On The Hill’ (Wow!) and his no.1 world hit ‘Shape Of You’. He was joined for a rap verse by Stormzy and the crowd (me also) went crazy! That was something really unexpected, though he warned us that it would be a different out-of-the-box performance. And they really smashed Brits 2017!

Robbie Williams, the icon of Brits 2017, closed the show with a small medley of his latest tunes. It was ‘Heavy Entertainment Show’, with ‘Love My Life’ and ‘Mixed Signals’. Robbie’s has won 18 Brit Awards till now and he is one of the greatest superstars ever in UK.

So… after this short reference to the BRITs 2017 show , here are the winners:

British Single: Little Mix “Shout Out To My Ex” (first trophy for the girl group, from their fourth album!)

Global Success Award: Adele “25” (already sold 20 million albums and one of the most successful artists of 21st century)

British Artist Video Of The Year: One Direction – History (i gotta note at this point that Simon Cowell presented the award… aka the man who definitely ‘bought’ the award for the boys, who he made and put money on, as he is their mentor and manager… such a pity for pop music industry, or maybe a genius at least for his pocket. Future will tell!)